skip to main | skip to sidebar

No one knew it at the time, but the event would blossom into one of the most prestigious amateur tournaments in the Southeast, a title that annually attracts the region's top golfers. Past winners have even included a future PGA Tour winner--Gardner Dickinson.

The photo intrigued me. Just who was this Vann? I called Baton Rouge information for phone listings but wasn't hopeful. What were the odds I'd locate a family member after 73 years?

"That's my husband Dubose," she told me. "But everyone called him Duby. When we married in 1935 he was a scratch golfer. He and his friends were always traveling to golf courses for events. He was an outdoorsman. We loved traveling to Canada to fish.

"Duby was an entrepreneur. He played the stock market and raised cattle on property we owned along the Mississippi River. He ran it like a plantation."

"Duby taught me golf," Frances said. "I played regularly until me heath declined a couple years ago." And while Duby claimed the very first Sherman Invitational trophy, Frances holds a distinction all her own.

"In the 1950s," she told me, "I won the Baton Rouge Ladies' Golf Championship the last year they held the event. So I like to tell people that at age 84 I'm still the Baton Rouge ladies' golf champion."

I also spoke to Vann's daughter Geri, 49, who had no idea of her father's sporting accomplishments.

"He died when I was so young," she said. "But this is neat to hear. It validates everything I've always heard about Dad, that he loved life and was a real go-getter." 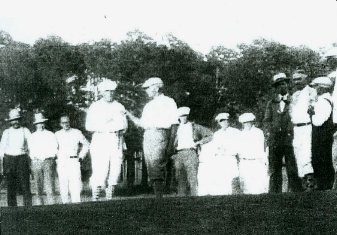 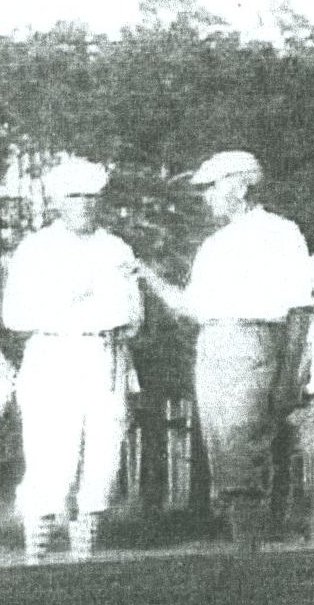 >> Sherman and Vann, cropped and close-up.

>> The Panama Country club course was designed by legenday architect Donald Ross. This photo is circa mid-1920s, about the time Ross designed the PCC layout.

Link to other articles by Ken Brooks:

Brooks has written several hundred articles that have appeared in various publications over the years.